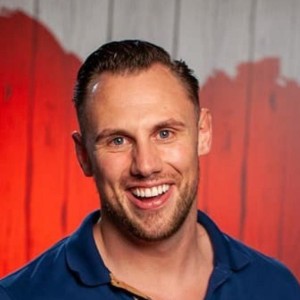 I’ll admit that I myself have been guilty of presuming that the girls and content creators who turn to sites like OnlyFans to make money are usually individuals with a lower level of education or people from underprivileged backgrounds trying to make ends meet. This is not the case.  Many girls from middle class backgrounds are using OnlyFans as an extremely lucrative way of making money to feed their lifestyles or to pay their way through university.

I hear you asking, “Exactly how much money are people making on OnlyFans?”

When doing some research for this blog, I came across a young lady who looked about 20 years old—although I can’t be sure of her age. She did a video on YouTube  titled: “I Made An OnlyFans Account For a Week and Made $____” .  It is important to preface this with the fact that the girl has 134,000 subscribers on YouTube and 12,100 subscribers on Instagram. The title is self explanatory, but what were her results?

There are individuals with far bigger social media followings than the girl in question, who are making a lot more money than this so it is easy to see why so many young women in particular are turning to OnlyFans with this kind of money at stake. But at what cost?

In episode #18 of Talk of Shame Podcast, I spoke to Meredith Jacqueline, an adult entertainer and content creator on OnlyFans.  Meredith describes herself on her Instagram account as a “Comedian, Texan and Professional Bimbo.” Meredith’s website can be found here.

Originally from Austin, Texas and now living in Los Angeles, California, Meredith recently began her career as a stand up comedian and is heavily invested in making it in the entertainment industry. She has already amassed an impressive 82,000 followers on Instagram and co-hosts @likeavirginpodcast.

I will go on record as saying that I’m all for females or anyone else for that matter, being able to do whatever they want to earn cash as long as they are not hurting anyone.

As Meredith said to me: “As long as everything is consensual and nobodies getting hurt then I’m ok with it”.  And hurting anyone is very unlikely through OnlyFans unless men around the world suffer friction burns or sprained wrists while viewing.

I love and respect Meredith’s “I don’t give a flying fuck” attitude. She puts herself out there with her chest pushed out and says,  “This is who I am so make what you want of me.”

We are in the grip of a worldwide pandemic that the world hasn’t seen the likes of  in nearly 100 years. We are seeing massive numbers of people losing their jobs around the world. There are large numbers of graduates coming out of university to find that their path to a job has been blocked until the world’s economy starts moving toward recovery.

If I was an attractive woman in my early 20’s (or older) and if I had no money coming in and no prospects of getting a job right now due to events such as Civid-19, which are completely out of my control, then I could certainly see where the temptation of becoming a creator on a site like OnlyFans would be. And guess what? Surprise, surprise….. OnlyFans went through a huge spike in content creators since the COVID-9 outbreak began.

“Imagine if guys got paid for sending dick pics!! I’d be the world’s richest man,” I joked. Meredith quickly responded to me saying that she knows lots of guys that do very well from their OnlyFans accounts.

If you are someone like Meredith Jacqueline who is extremely open about her sex life and are more than happy to put herself out there with no regrets, then I say fuck it, why not? You’ll probably bank a small fortune doing so. But what if someone has aspirations of working for a large corporate firm in the future? Are there hidden consequences for appearing on such sites as OnlyFans?

I’m by no means saying that it is right, but large corporations are notorious for taking a less than favourable view on bringing any negative attention to them. The same could be said when interviewing candidates for a job. If the interviewer for a large corporate entity was aware that someone that they were interviewing had engaged in any type of porn, then my money says that this candidate gets dismissed before even discussing what he/she can offer the company on a professional level. I believe that they would say that the person just isn’t worth the risk or hassle that may accompany hiring them. I don’t believe this is the correct or fair attitude to have, but unfortunately it is the world that we live in.

Once content goes online it is extremely difficult to get it down. A 20-year-old might think this is a great idea now, but perhaps in five or six years from now, she might be a very different person. She might find herself in a very awkward situation when being quizzed about ghosts of years gone or even worse, she might not even be aware that this is what is hampering her career progression.

On the other hand, I am a firm believer that people should be able to do what they want with their bodies as long as it doesn’t negatively impact others. If you have already sat down and weighed all of the pros and cons of being a content creator on OnlyFans or similar sites and it is not something that bothers you, then I would say that you should be able to do whatever you want. In a perfect world people are not judgmental and don’t stereotype or talk behind your back.

The question has to be asked, though: “Is it a perfect world that we live in?”